Top 4 Places to visit near Jaisalmer with DSLR

Top 4 Places to visit near Jaisalmer with DSLR 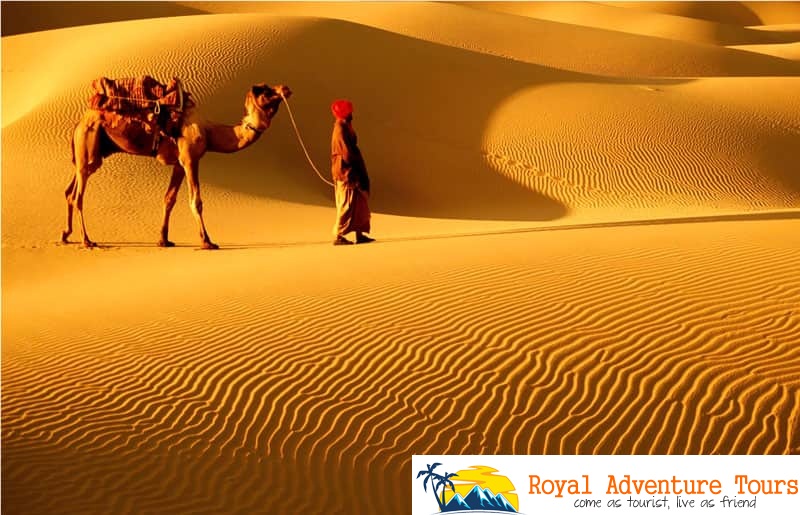 Jaisalmer is regarded as the most romantic city with the brilliant architecture seen on the forts and the palaces in the city and the radiance seen in numerous parks and baghs. The culture and the tradition of the place get brewed perfectly in the city’s lifestyle bearing amenities and facilities welcoming the tourists and travelers. You cannot just travel without your DSLR camera when you take up the Jaisalmer Tour Package from the Royal Adventure Tours.

1. Patwon Ki Haveli Jaisalmer: Visiting Patwon Ki Haveli would surely have given a best experience to your trip. The Haveli is listed among the famous places in Rajasthan and ranks the top in the list of Jaisalmer. The Patwon ki Haveli is a cluster of five small havelis. Started by Guman Chand Patwa, a wealthy banker, Patwon ki Haveli took almost 55 years to be built and was completed by his sons.  It is most famous for its fine and beautiful wall paintings, beautiful balconies, archways and gateways. And here it is open from 08:00 AM in morning to evening at 7:00 PM in evening. Patwon Ki Haveli to be great frames for your DSLR.

2. Gadasesar Lake Jaisalmer: Gadshiar Lake is a bhut reservoir of artificial water which was built by King Maehwal Gadgy during the 14th century. It is a rainwater lake, which was the main source of water during that period. There are many small temples situated on the banks of the lake. Tourist can see many migratory birds on the lake. On their way from Bharatpur Bird Sanctuary, these birds stop for some time on the lake.

The travelers can see 'Tilan's gates' located near the lake. This entrance is made like an arch across the road and is punished with an idol of Hindu god Vishnu established in 1908.

3. Tanot Mata Temple, Jaisalmer: The temple of Tanot Mata is located close to the India-Pakistan border, about 130 km from Jaisalmer. This temple is about 1200 years old. Although this temple has always been the center of faith, after 1965 India-Pakistan war, this temple has been trained for its miracles abroad. In the war of 1965, nearly 3000 bombs dropped by the Pakistani army could not even deter this temple, even 450 bombs dropped in the temple premises until it was torn. These bombs are now housed in a museum built on the temple premises for the devotees.

4. Jaisalmer Fort: Built in the 1156 AD, by the Bhati Rajput king Rao Jaisal, the fort was named after the king. The fort is also known as ‘Sonar Quila’ or the Golden Fort after the yellow sandstone walls of the citadel. The fort is 460 m long and 230 m wide and is built on a hill that raises above a height of 76 m above the surrounding countryside and the base of the fort has a 4.6 m tall wall. The monument is a massive one situated on the Trikuta hill in the Thar. The major attractions in the fort are the Raj Mahal, the Lakshimath Temple, the Jain Temples and the gateways. The havellis of the residents were also built inside the fort itself as the fort boats to be the house to the entire population of the city. The floors and windows of the havellis are also worth seeing. Most of these are already converted to museums that help the tourists to understand the lifestyles of the royals. The marvelous structure of the temple is worth capturing in your DSLR.

Many amateur and professional photographers consider taking up the Rajasthan Tour Package for capturing the reflection of the culture and tradition in the structure and designing of the monuments and other such tourist attractions.

Add rsrajawat to your subscriptions feed