How Long Does It Take To Learn C++ For Newcomers

How Long Does It Take To Learn C++ For Newcomers 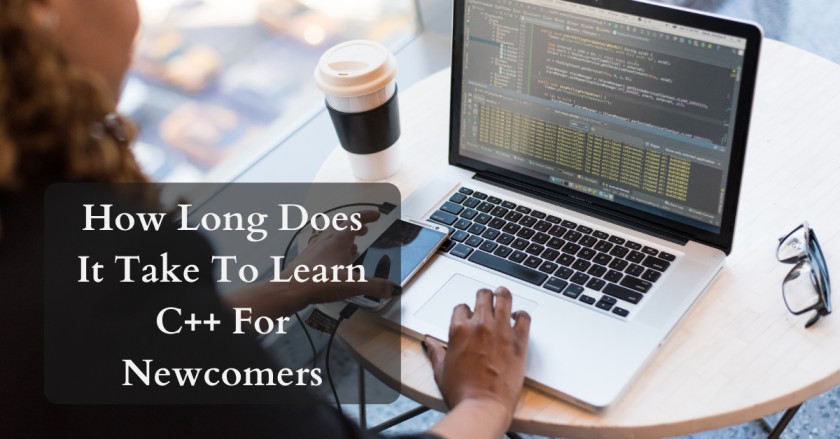 C++ is the most widely used programming language. Major operating systems like Windows, well-known games and platforms such as World of Warcraft and Android apps, and visual user interface programs such as Photoshop all employ C++ programming.


It will take time to learn, like with any language, but it will be worth it in the end, whether someone wants a profession in IT games or just wants to study for enjoyment.


How long will it take someone to master it compared to all the other programming languages, such as Java programming, a more flexible language?


Yes, C++ is difficult to learn for both newcomers to programming and those who have previously programmed but have never done low-level programming (like C programming or Assembly). But there is reason to be optimistic.


I'll go through a few places you'll need to understand C++ quickly, but first, let's speak about the timeframe.


Learning C++ will take at least three months if you are absolutely new to programming. That entails putting in at least 2 to 3 hours every day. However, if you've programmed before, working at least an hour a day, it'll take 1 to 3 months to grasp the basics.


And if you want to build mastery in C++, it'll take at least 2 years.

C++Programming for Novices and How to Approach It


Because there are better languages for beginners. You should start with something like Python or JavaScript if you're a complete newbie.


If you're in school and you don't have a choice - many institutions still teach C++ as a first language, which turns kids away — study as much C++ as you can.


If C++ isn't working for you, try something else.

Why does it take so long to learn C++ programming?

Because of its quirks, C++ takes a lot longer to master than other languages.

These are really important topics to grasp. They'll, however, have you pounding your head against the wall.


Over and over again,


And just because you've learned them doesn't mean you're done.

There's always something new to learn in any language.


The more you study C++, the more you realize how much you don't know.


It does, however, make you feel unique.


How long to learn C++ if you already know Java?

If you know how to write in Java, you can learn the basics of C++ in three days because the two languages have comparable grammar. Learning memory management in C++, on the other hand, can take up to three weeks to grasp.


There are many differences between C++ and Java, but one of the most important is knowing how to manage memory, specifically how to use pointers. Memory management in Java is system-controlled and done for you automatically.


As a C++ programmer, you have the ability to manage memory, and you must understand how to do it effectively.


You will have difficulties when learning about a few topics. However, please do not give up, have patience, and maintain consistency. Because everyone encounters them, and it's perfectly normal. Allow yourself some time and return to that subject because this is how programming works.


C++ may be more difficult to master than languages such as Python or Java; nonetheless, the language is still well worth studying and investing in; this is a worthwhile investment.


Learning C++ is extremely useful, whether you want to work as a game developer, design internet browsers, or work as a framework engineer.


If you need computer science assignment help, you can get in touch with us anytime and from anywhere.