How I ended being a teenage female solo traveller

How I ended being a teenage female solo traveller 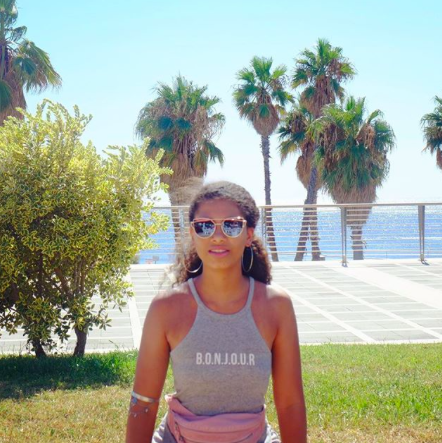 Morocco was supposed to be a life-changing moment. I would climb the second tallest mountain in North Africa and come back down a changed person. However, this was not the case, not even close. After struggling for days to get up the mountain, I finally reached the top and could not wait to get back down! All I wanted was to have a decent night sleep on a bed instead of the cold ground, an actual shower instead of a leach infested lake, use an actual toilet instead of a hole in the ground and not have to walk for twelve hours in the scorching sun. I did not get that “spiritual awakening” that the film Eat, Pray, Love illustrated. Maybe travelling wasn’t for me? But the thought of going straight into education just after stressing and panicking due to A Levels sounded revolting to me. Three years straight of pressure from exams and coursework could wait one year. I think I deserve a break. Anyway, after university, I will be in fifty-two thousand pounds worth of debt and I will have to go through the process of job interviews and paying bills, I won't have the time or money to go travel.

Luckily, I had friends who felt the same and wanted to go travelling too. The three of us planned to go around the world in six months and work whilst we were away. Budgets were planned and I deferred a year at uni to do this once in a lifetime trip. After I deferred a year at uni one friend dropped out which made me nervous because it meant we would have one less person in our group and the saying goes: “there is safety in numbers.” Calming my nerves my other friend assured me that we were definitely still going to go on our trip and even booked us an appointment at a travel agent company. Flights all booked and a budget to work towards made it all feel real and exciting. We had designated days for travel shopping and researching which increased the excitement. I carried on working full-time every day after college which was hard. I had to juggle coursework, revision, homework, EPQ work, lessons, university applications and actual work on a daily basis. The pressure was high and my stress levels hit new highs but I kept reminding myself that it's all going to be worth it because I'll have the best reward at the end. To travel the world with my best friend.

One day I got a message from my friend saying that she wasn't coming anymore because she had a better possible job offer that she couldn’t turn down. She became defensive and angry at me quite clearly because she felt guilty. We have never spoken to each other till this very day. My whole world came crashing down around me. I worked so hard for this trip, at times the pressure of college and work became overwhelming but I kept pushing through because of this trip. And in two seconds my dreams and aspirations were ripped from me. I had all this money saved up and there was nothing I wanted to do with it. I felt myself start to fall into a dark place because in the space of a day I had lost my best friend, a place at university and the “once in a lifetime” trip. The thought of having a whole year with nothing to do and being alone whilst all my college friends will be miles away at uni made me panicked and terrifyingly down.

My days consisted of nothing but cleaning council offices at work and being at home now that college had finished. I was able to get a place at uni in Falmouth which wasn't my first option as my first option was to go to Southampton uni and stay at home. However, I didn't get into Southampton so I am forced to leave my family and move five hours away. My days were pretty uneventful, I would wake up, get the bus, clean and go home, sleep and repeat. Day in, Day out. For entertainment, I watched Youtube videos but I kept on coming across this advert made by European Bartending School. The advert was for people wanting to learn to make cocktails and travel to exotic places. The advert kept on repeatedly popping up so I decided to check it out. They had so many locations but the one that stood out to me was Phuket Thailand. Originally I thought it was pronounced “f**ck it” which I thought was quite funny and relatable to how I was feeling. So acting out of impulse I booked myself a ticket. I still had money left over so I went to the same travel agency I had previously booked with my ex-friend and booked a months tour around Thailand, Vietnam, Cambodia and Laos. My dream travel holiday was cut down to two months and was only in Asia but for a nineteen-year-old girl traveller that seemed long enough for me.

I have 4 more days till I go travelling. All my bags are packed, quite literally PACKED, no space at all! I have resigned from work and had a bon voyage meal with my friends. Everyone keeps on commenting that I am so brave for going alone. This is not true at all, in fact, I'm quite a nervous person in general. I use to not be able to order my own food at a café or go to a till and buy clothes so I guess I have come a long way from that. However, I still get quite anxious about certain things and I’m not really an independent person. But that's the reason why I wanted to this trip, to “find myself” like in Eat, Pray, Love or to grow into an adult or to become an independent person. To become a brave person! I have no idea what is to come, who I am going to sit next to on the plane or share a room with for two months. The uncertainty is frightening but also exciting. There will be some bad times mixed in with the good but that's just life, its how you deal with what life throws at you which defines you as a person. So we shall see…

Add Je5siecollins to your subscriptions feed