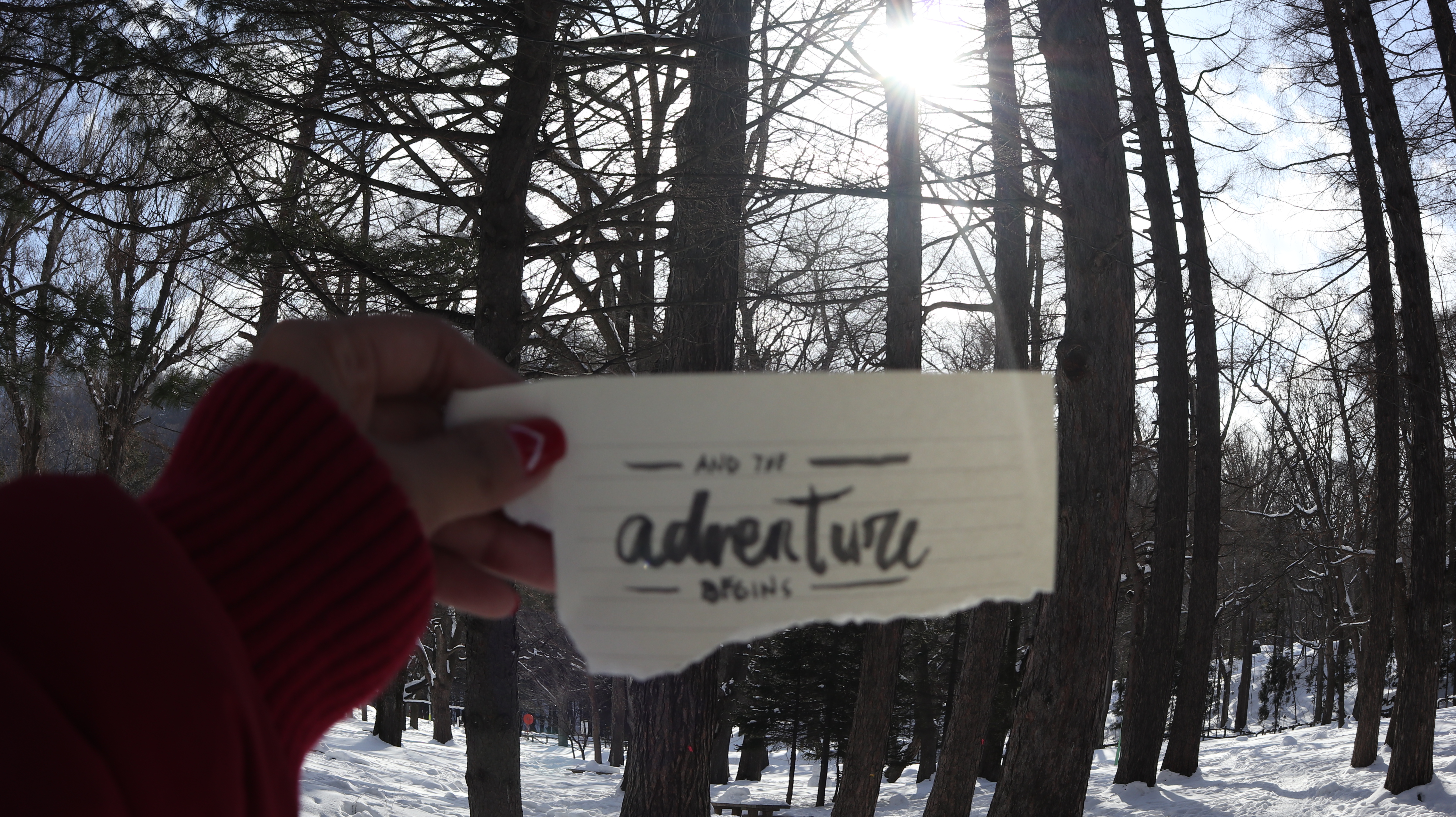 As someone from a tropical country has it's first encounter with the snow. Yes! it looks magical, but it ain't fun at all for it's really freezing coldðŸ˜ƒ. I like that Ii have been in the Yuki Matsuri, seen lots from small to huge ice sculptures. My eyes were amazed how talented those people who build ice statues to be featured in this years festival. Meet locals that helped me wander and enjoyed some foods were hokkaido is known for. Seen infrastructures that made this town different from the other. All in all it was a great trip. Would come back again and probably try ski during winter, though i kinda wanted to go back during summer- i guess its the best time to visit.

I was in Sapporo for a few days and used couchsurfing to find a place to stay. My host was nice to me, though he was busy with work so we don't get to hang out much. It was weird that my host let me have the house all by myself for some days, but i liked it anyway since i can sleep very well. In exchanged to my stay, i brought him some foods from the Philippines that I have asked if he misses anything. Supposedly, I have a friend who will join me on this trip thats why i requested for two people, unfortunately he can't come for some reason.

On my first day, I had dinner together with my host -grab some ramen which I really appreciate at this kind of weather. Get some groceries for my everyday breakfast, also had few beers (apple flavored from suntory is my favorite). Had a chat when we got to his house and watch japanese TV show which i dont understand at all. On my second day, I went around the area walking around the park and the shrine. Also, visited the zoo where i met an old man which led me to see the polar bear, unfortunately it was hiding. Then, i met a group of Filipinos which i tagged along up to Mount Moiwa and to Odori park to watch the light shows.

Third day, hop on a bus to Otaru and met a local who is also visiting. We walked around the town tried this moshi manju and of course seafood sushis. Bought some souvenirs from local shops while waiting for the snow light paths in the evening. Surprised with the bunch of tourists that flocks along the canal. Had dinner and a few drinks in an Izakaya before heading back to Sapporo. The next day i visited the TV tower which it was snowing all day so i spend time indoors mostly. I went down these huge underground community where lots of restaurants and malls are. Walked all the way to Susukino where another ice sculptures are shown.

And on the fifth day i went to visit the old and new infrastructures like the Sapporo beer factory, Sapporo factory- a mall where i saw lots of cosplayers for they have an event at that time. Met a Japanese who is fond of Filipino foods and try making them by reaserching menus online- so i gave a few tips and where to find ingredients. Also, played a few arcade games. Had a chance to make my own curry at Hiri-Hiri. Then, go around to see old government buildings and the new office building, Up to the Sapporo JR tower.

These days were not enough to see all but I enjoyed it. Went back to tokyo for some days and got to visit Fuji and Yokohama. Got the chance to spend time with my relatives and catch up with some friends. Unfortunately, i have to go back home immediately for an emergency.

Add Itsdayanderfulworld to your subscriptions feed