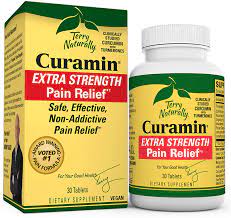 Years ago, a mother from New Hampshire wrote to the magazine I published, Growing Without Schooling, about changes she was observing in her children when they went to school Curamin

I was really becoming concerned with my children in school for so many reasons. The final blow came when I realized my children could no longer think for themselves. I asked my 6-year-old son what he was going to be when he grew up, expecting an inventor, cowboy, fireman, or such. Instead, he said, "I don't know, the teacher hasn't assigned me anything yet." So they are coming out...

The idea that school will slot you for the right occupation is even more ingrained today than it was in 1984, when the above was written. In fact, as I wrote in the revised edition of Teach Your Own: The John Holt Book of Homeschooling, researchers are seeing significant anxiety among five-year-olds about doing poorly on tests and ruining their adult job prospects! Fortunately, parents who wish to do so can help their children gain competence and confidence about their skills and abilities long before they reach school age.

Ruth Matilsky wrote about how she involved her young family in helping in the kitchen:

...We have instituted family dinner preparation and family clean-up after dinner... I've always been the sole cook and Terry's washed all the dishes. Now, the kids help me prepare dinner and when Terry comes home he sets the table with them and serves the meal. Then he and the children wash the dishes together while I straighten up. And we have discovered capabilities in our children that are surprising to us. Sara (4 ) has been able to peel carrots and is learning how to slice with a sharp knife. She stands on a stool and is learning to use the stove. And I am seeing how she can help me with a lot of the time-consuming jobs (like stirring the milk until it comes to a boil for macaroni and cheese) that I sometimes shortchange. I am growing to depend on her presence. It's fun to have the company, too. And it's funny-nearly every time we start to prepare a meal, I think, "Now what in the world can Sara help me with?" and then many things turn up that she is eager to learn.

Jacob (1 ) is involved, too. He loves to stir. And I realized yesterday that he has gotten to the point where I trust him to stir and not to slide the mixing bowl with eggs, etc. off the table. He listens to me when I tell him not to drip things on the floor. And when Sara grates the carrots into a paper bag, he picks up the stray pieces and throws them into the garbage. Jacob was the one who taught us that he and Sara should help with washing dishes. Every time one of us was at the sink he would drag a chair over and start playing with the utensils and the sponges and the water. At first, I thought, "OH NO, he will get HURT." Then I realized it was more trouble to drag him away than it was to teach him what he could play with and to remove knives. He is so content just to stand at the sink that it would be foolish to discourage him. When Sara saw Jacob washing dishes with Daddy, she wanted to, too, and she is now drying the silverware and organizing the utensil drawer. So we are working as a family. I love it...

Children want to be part of the adult world, but that is becoming harder to see as we wrap our young in a cloak of consumer childhood, protecting them from any demands other than to be obedient consumers of schooling and marketed goods. The more we can figure out ways to involve our children in the fun and work of daily life, the less likely they will need the "Life Skills" or "Home Economics" training that schools must teach more and more children because they were never trusted or shown how to do these things at home. By appreciating and nurturing a young child's desire to help us in our adult tasks, by answering their questions as best we can instead of hastily dismissing them, by suggesting and exploring new experiences with them, parents and concerned adults can help even the youngest child to feel part of something bigger than themselves. Unschooling children during their compulsory school-age years is much easier if it seems to both you and them a continuation of what you've been doing since they were born-learning together-instead of a new phase of their lives where "serious learning" will now occur.

Of course, you can never tell what aspects of a child's learning will be important to them as an adult until they are actually adults. In the case of the Matilsky family, though I've lost touch with them, I do know that when Sara became an adult she became a successful chef. John Holt liked to say it was how a child was treated, not how they were taught, that determines the sort of person they become as an adult.Re-reading her mom's letter, I believe Sara's hours spent in the family kitchen as a pre-school-age child had a significant, positive bearing on her later life.