C# vs Java: A Significant Difference Between Both Language

C# vs Java: A Significant Difference Between Both Language 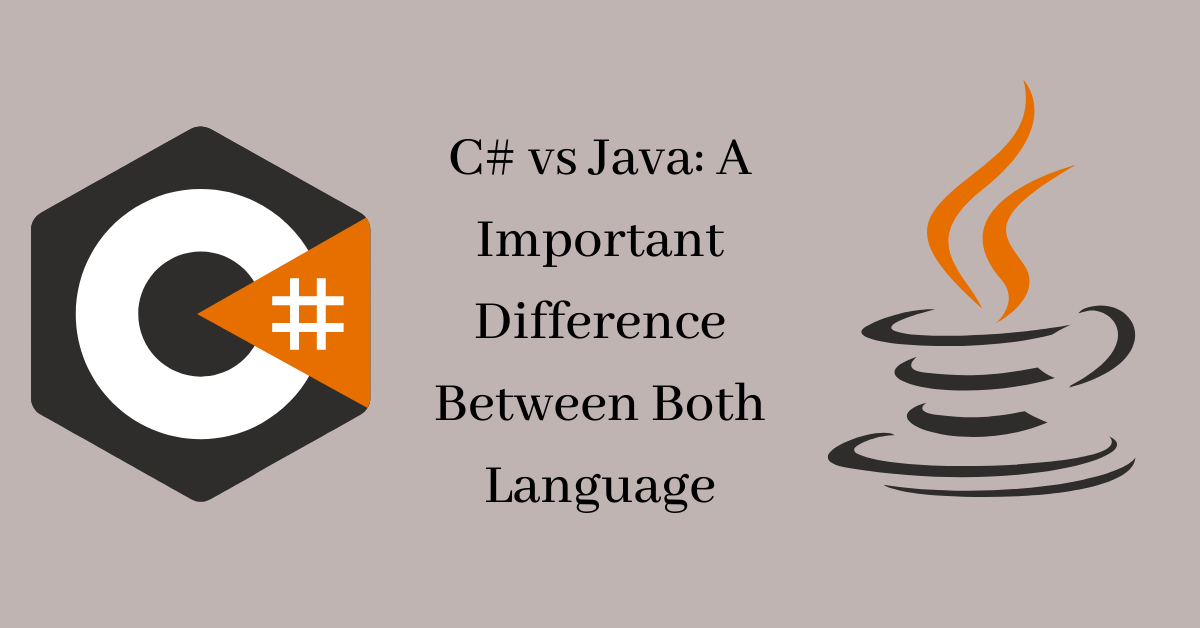 C# and Java, are today's most highly demanding programming languages. However, many individuals are unaware of the main differences between C# vs Java and the history of these two languages. These programming languages have some important distinctions and similarities. We'll go through some of the distinctions between Java and C# in this blog. But first, we'll go through the basics of C# and Java.


Both are thought to be simple to learn, but they are both powerful general-purpose languages, making it even more difficult to choose which is superior. C# and Java are on an equal footing in their status, regardless of their background. So, which is the superior programming language? How can a programmer make an educated judgment on which language to learn?

Let's begin by dissecting each language...


What is C#?
C#, sometimes known as C sharp, is a general-purpose, object-oriented programming language. Anders Hejlsberg and his colleagues spearheaded the.Net effort after inventing C# in 2000, with help from the European Computer Manufacturers Association (ECMA) and the International Standards Organization (ISO).

C sharp was created primarily to meet the increased demand for Visual Basic(VB) and C++ online applications. Its design makes use of Java and C++'s most useful capabilities. The present version of C# is version 7.2, and it is one of the languages for Common Language Infrastructure. C# is essentially syntactically identical to Java and is straightforward for users familiar with C, C++, or Java. As a result, developers familiar with C and C++ may transition to C#.


Some Excellent Features of C#
C sharp programming language is an object-oriented language, and it provides a lot of unique features. Below we have given some of its features:


What is Java?
Java is a multithreaded, Object-Oriented, and class-based programming language that is primarily designed for specific implementation needs. In 1995, Sun Microsystems' James Gosling launched Java, which Oracle Corporation later developed. Java is primarily concerned with transmitting the packages required to access "Objects" and "classes." These objects have a memory in which data is saved once certain actions are taken.

Java is a quick, safe, and dependable programming language that you can download for free. It is a "Top-level" language since humans can readily read and write it. Java is a popular programming language among programmers. Oracle eventually took it over. Java is mostly used for online applications, or to put it another way, Java is utilized by developers to create a variety of web apps.


Some Excellent Features of Java
Several unique features play a crucial role in the popularity of this language. The characteristics of Java are also known as java buzzwords. A list of the most important features of the Java language is given below.

C# vs Java: Which is more in demand?
Java is now in more demand than C#, according to Google trends and Stackshare. Java is used in the tech stacks of around 9600 enterprises. Roughly 2100 enterprises supposedly use C#. According to a poll conducted by Stackoverflow, Java is more popular than C# among respondents. Naturally, the employment market for C# vs Java reflects this distinction.

According to Payscale, the average compensation for a Java programmer in the United States is $62,369 per year, whereas C#.NET developers earn $67,272 per year. According to the Stack Overflow Developer 2021 Survey, which assesses developers' programming language usage. It appears to align with previous data on C# versus Java popularity, with Java being fifth among the most common languages and C# ranking seventh.


C# vs Java: Which is easier to learn?
The syntaxes of C# and Java are fairly similar. As a result, there is no difference in learning them from a linguistic aspect. Java was formerly easier to deal with since all of the sources were available. However, C# is now almost as "open source" as Java, so there is no real benefit there.

The learning curves for C# and Java are nearly comparable. The good news is that it isn't very steep. Neither of them is as simple to learn as Python (If you are a student you can also take Python programming help). Developers with ordinary to above-average IT experience, on the other hand, should have no trouble. When comparing C# versus Java, it's difficult to say which is easier to learn.

C# is the finest language for creating Windows-only apps, Unity apps, Office cloud integration, and Mono cross-compilation. Outside of such situations, Java is still the best option.

That’s all about the difference between these two programming languages. Though they are the same in many ways, both C# vs java have their own advantages and disadvantages, making both the best choices for modern software and web development.

You can ask for support from our experienced programming assignment helper to know more about any programming language.