How it feels like to travel with your sister ?

How it feels like to travel with your sister ? 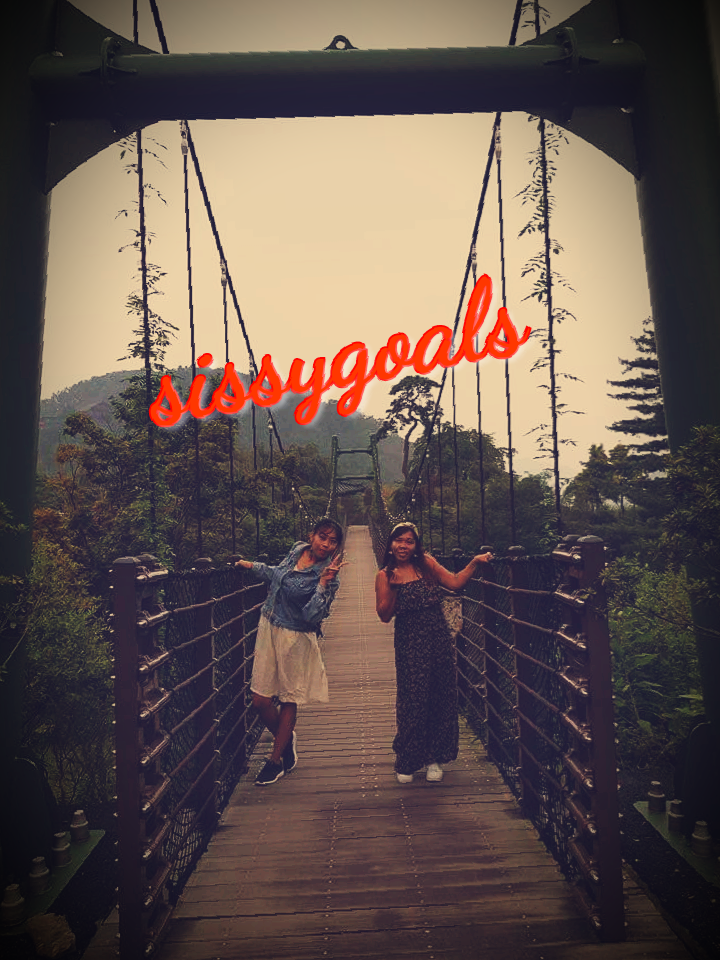 For sure all of us have traveled with our siblings, since we used to have family outings when we were younger. But going out of the country or out of town with just them alone is a different thing. Well this is my first time to bring my sister with me on one of my travels, and this was her first time abroad so I made sure that she’ll really enjoyed it. We wander around SoKor for almost 2 weeks and it’s a tough journey for my sister.

We landed in Seoul at midnight and have ourselves stayed in a guesthouse in Itaewon. Its kind of a night around there, since it’s the party place bunch of people are hanging out, drunk guys everywhere and everyone are there just to have fun. Getting there may mamang lasing at the station who opened the elevator door for me I said thanks syempre, not aware na lasing sya at first pero weird coz he’s looking at me at sinisiksik ako akala nya siguro wala akong kasama and then we lost sight on him going out pero he just popped out of nowhere sa escalator next to me, well sissy is just at my back checking on me, buti nalang there’s this chick on miniskirt in front of me catching the predators attention, he pretended na he tripped on to her pero palaban si gurl kaya nagaway sila pagakyat-nakahanap ng katapat si manong. After that we found the house with the help of some nice locals since we dont have a wifi yet.

On our first day we have ourselves feeling like those on Kdramas while we explore their palaces kaso we didn’t try to wear Hanbok since it’s really hot that day. We go through the city and went up NSeoul Tower for sunset, we met a good friend there as well who lend his wifi to us. Spend the evening in Myeongdong where we all know na andon ang lahat ng klase ng kaartehan sa katawan. WARNING! Nako bad decision to have this on a first day lakas makaubos ng budget lalo na kung pareho kayong GO sa mga Kproducts. Had our dinner on a restaurant around my gosh splurge talaga ang first day. I say mali ata na kasama kita on that street to my sister laughing.

Since we like to try their theme parks we went to Lotte world which has an indoor attractions to avoid the heat as well; at okay din ang indoor kung hindi halata na scary pala ang rides for someone na hindi mahilig sa extremes that where I got my sister on a rollercoaster. It was fun inside its similar sa EK natin.  But before that we went around Hongik Uni to get our brunch and check on the markets as well as going to the Tricked Eye museum. This day was a lot of fun that challenges our feet especially hers na hindi sanay sa lakaran, so we really need a proper foot wear all the time. The next day was allotted for Nami Island, Garden of Morning Calm and Petite France. Those places was one of dayanderful we had in Sokor, really amazing at masisiyahan ang sister nyo kakapicture.

Woke up in Busan the next day via night bus and stayed near  Haeundae Beach. Was again a first lagare trip for her since after visiting Nami we head onto the station for the last bus to Busan. It was a great day at the beach and lots of fresh seafoods to try around, kaso seafood allergic sya pati chicken so puro ako lang ang nagttry ng foods. Lost  around the colorful Gamcheon cultural village, Beomeosa temple, Marine City, skywalk  on the glass bridge in Oryukdu Island, met some Pinays jogging at Gwangali beach, hiked Taejong dae, and Busan Tower. Lots of walking as usual even sissy is complaining na masakit na ang kanyang tuhod Go padin.

When we came back to Seoul we did some more tours to city the city lights in Dongdaemun where there is an event happening so had a great time trying all the stuffs and freebies around. And since we had few money left we just bought food at the super market to cook for the remaining days, made friends with the people in the house which are mostly Malays. Also went on Tedseum a teddy bear museum, a bit of shopping in Gangnam and some kind of a music festival along Han River. Of course last night we tried to party in Itaewon with our roommate.

Add Itsdayanderfulworld to your subscriptions feed