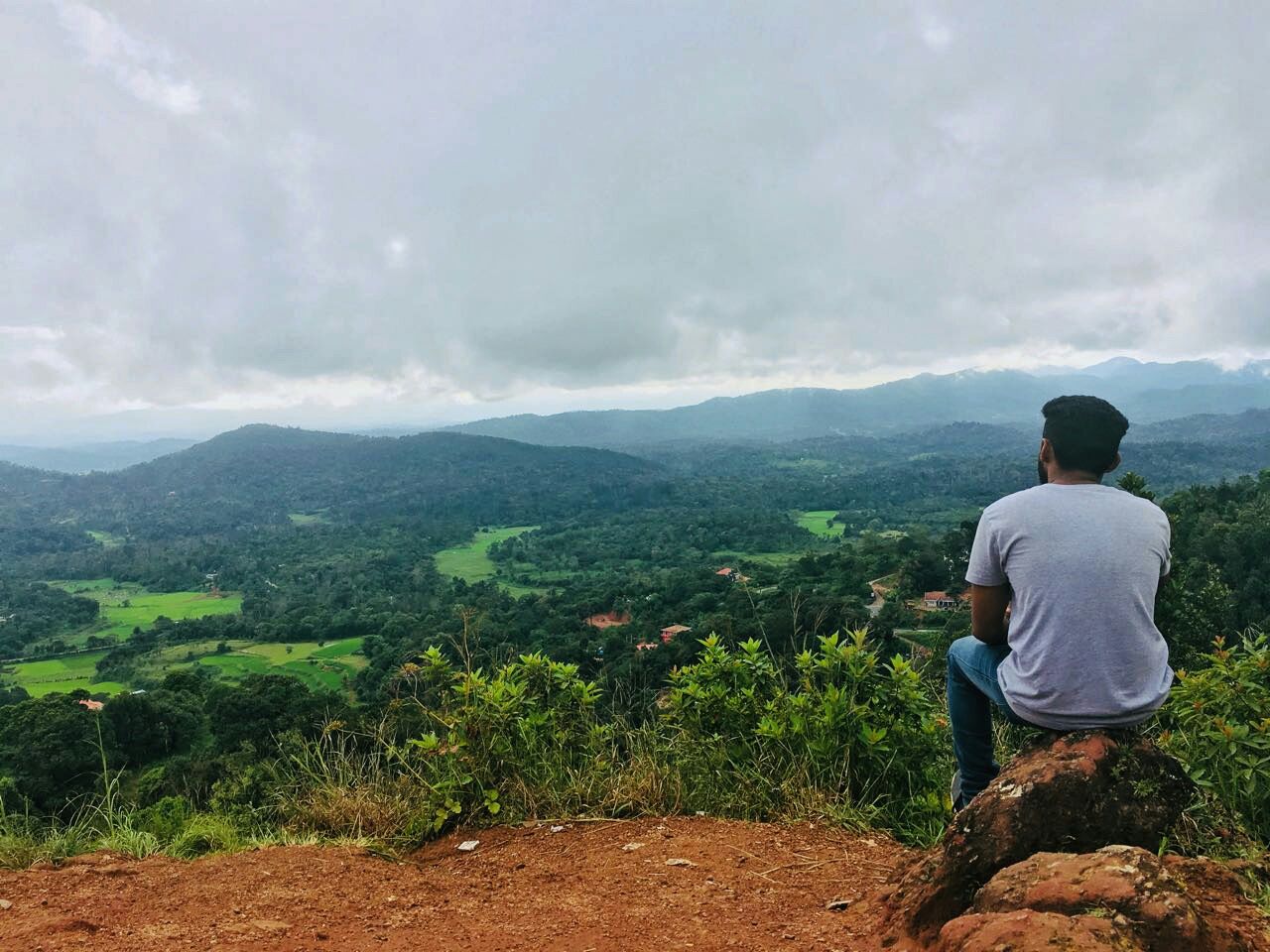 It was a Thursday evening and all of us where excited but had nothing to do that weekend, I had just came back from college and I was not in a good mood as I had a conflict with someone from class. So in order to change my mood all of us thought of visiting Ghost Hills aka Turahalli Forest which lies around 30Km from Bangalore city. Ghost Hills was our go to place any day when we wanted peace of mind, it was never much crowded and the hill was surrounded with a forest and the best part was it was situated somewhere near to the city. So as a routine we went there and as we were enjoying the moment one of my friend was like anyway we don’t have anything to do for the next three days let’s go to Coorg and all of us were like yes let’s go and that’s when we were ready for the trip. I was super excited as I had to take a break to get over the conflict and this was the escape that I needed so badly.

So the next morning we started our trip from Bangalore to Coorg via Mysore, We started early around 4:30am expecting to watch the sunrise on our way but the day turned out to be pretty much cloudy and the sun refused to come out. As we already spent a lot of time waiting for the Sunrise we thought of having a breakfast before hitting the roads again. After breakfast we took a slight detour to Dubbare Forest Reserve where we did some still water rafting, we went there expecting white water rafting but the water levels were a bit low which did not allow us to do that. After the rafting experience, we resumed our journey to Coorg and reached the destination around 6:30pm in the evening on the same day. If it was not for the sunrise and rafting, we should have reached comfortably around 2pm as it was just a 6-hour drive from Bangalore but we stopped in order to have some fun on the way. After reaching Coorg our first priority was food as everyone were hungry, so we stopped by in a fast food joint and refilled our hungry stomach. Once when we were done with our food we went in search of a place to stay, we asked a nearby shopkeeper about Homestays and he was kind enough to help us with some. However, as the trip was not pre-planned, we were on budget, all those homestays were costly for us during that particular moment so we decided to check out some Accommodation, which would fit our budget, and we ended up being successful by finding a hotel right near the bus stand. We checked in to the hotel and dozed off, as we had no energy left after the rafting experience. The next 2 days we went in and around Coorg doing sightseeing and trying out local cuisines which was one crazy experience, we went to Raja Seat, Coorg palace, Abby falls and many more places nearby which indeed was one crazy experience. As we were short on time, we were not able to visit the wildlife sanctuary, talakaveri and other such places for which we are planning another trip shortly. On Sunday we started our return journey around 2pm and reached back in Bangalore by 9pm.

What I really liked about this place is that they have a great culture, an amazing local cuisine, so many places to explore be it for any kind of trips be it planned or un-planned. You can just go there with anyone, be it friends, family, colleagues because Coorg has something up their sleeves for every kind of crowd.

Add madyouare to your subscriptions feed