Japan like a boss: travel tips from the Space Cat part I

Japan like a boss: travel tips from the Space Cat part I 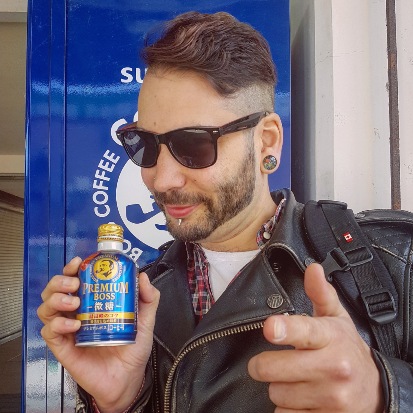 After almost three months of jam-packed excitement, my trip across Japan has just about come to an end.  In a relatively short time I've travelled to (in order of route taken) Kagoshima, Beppu, Fukuoka, Nagasaki, Hiroshima, Matsue, Tottori, Kanazawa, Sendai, Sapporo, Nagano, Nagoya, Kyoto ( for 12 days), Osaka (for 7 days); and finally Tokyo (for three weeks).  Given an unlimited supply of funds, I'd happily keep exploring every corner of Japan - as I absolutely love everything this country has to offer. Along the way, I've definetly learned a lot; and thought I'd pass some tips along to anyone looking to expore Japan as well.

Getting Around
I found Japan, for the most part, extremely easy to get around.  With a little preperation, navigating can be pretty straightforward.  The transport systems here can, at first glance be pretty confusing.  Although complex, the networks of trains, subways, busses, etc are all very streamlined.  Everything meshes together very efficiently.  Just take some time to learn how it all fits together, and in no time you'll be navigating like a pro! First things first: get yourself a pocket wifi router.  Having portable, reliable wifi in your pocket is incredibly handy - especially because you can use it to access Google Maps (or whatever map program you prefer).  Being able to search for a specific destination at any time at any location is super great - and also a good way to discover areas around you that might otherwise not be mentioned in travel guides.  Google Maps also has the handy feature of showing you exactly what route to take; and on various modes of transport.  This is very handy in large cities; as the local train and subway routes are all clearly marked - and even include how much yen your ticket will cost.  The router I had held a charge for a good eight hours.  I carried around a power bank as well; for those few times when I needed to give the battery on the router some extra juice.  Acquiring a pocket wifi is easy - you have it mailed to a post office near where you'll be staying (very simple to pick it up at the post office - just don't forget your passport), and drop it in a mailbox when it's time to return it.  I found that the best rental rates were from Japan Wireless.
Side bonus for having pocket wifi: you can play Pokemon Go in Japan.  Almost everyone here plays Pokemon Go - I've seen clusters of business men in sharp suits battling gyms, old people on bicycles stop and pull over just to catch a specific pokemon, and hundreds of people of all ages and professions turn out for themed community days.

Now that you have your pocket wifi; let's talk about the next handiest tool in your travel arsenal: an IC card.  A pre-paid rechargeable smart card, a variety exist for purchase - it just depends on what area of Japan you buy them in.  The major cards are all cross-compatible, which is great as they can be used to purchase more than just transportation fares.  You can use your IC card to instantly tap in/out on train and subway gates (no more awkward staring at a complex map to figure out the change needed for your fare!), on most busses, at a large number of vending machines, at most convenience stores, some restaurants, and random other businesses that have an IC reader as an option to pay with.  What this means is that you have a convenient, streamlined way to pay for a variety of services - all on one little card.  Most ticket machines in train/subway stations will have an option to purchase an IC card through them (all ticket machine have an english language button); and you can reload your card through these machines as well.  The three most popular/widely used cards are Suica, ICOCA, and Pasmo.  Detailed information on IC cards can be found here.

Depending on how long you plan on being in Japan, it might be worth it to think about getting a rail pass.  I bought a three week JR pass, which cost roughly 650 dollars.  However; the amount of distance I covered paid for that cost at least four times over.  Extended train travel between cities is expensive, especially via the Shinkansen (bullet trains).  Also, with a rail pass, you can ride most of the Shinkansen with it - and super fast trains are awesome!  Aside from a few privately operated sections of railway, and several of the Shinkansen trains, the JR pass covers pretty much anything else.  It can also be used on other transport operated by JR - such as bus lines in some cities; and most of the train/subway lines within Tokyo.  In short, if you plan on doing any sort of extended travel within Japan; even for a week or more - consider getting a JR rail pass.  Rates for the pass fluctuate a little bit, and change marginally from site to site.  I found a good rate with japan-rail-pass.com

If trains aren't your thing, then consider flying within Japan.  Domestic flights are usually very cheap - most being between 100 to 150 dollars.  You can also sometimes find special deals specifically for foreigners.  I flew within Japan to a few places while on this trip, and both times the flights were less than a hundred dollars.

Lastly, bring a good pair of shoes.  Walking around is by far the best way to find little hidden spots, cool local food, random events, and to meet people.  I found a surprisingly large amount of travel blogs and reviews for places,  consider walking for more than thirty minutes to a destination a far distance to travel; and usually recommend the reader against such foolishness.  For example, a review of the Tokyo Government Building (awesome free observation deck on the 45th floor by the way) mentioned that it was a far, cumbersome walk from Shinjuku Station.  It took me maybe twelve minutes, and no trouble at all to find the building from the station.  Don't be afraid to walk! Or find your own way!  I've found reviews and guides need to always be read with an open mind, as they aren't always that correct.  Remember: the most interesting stuff is usually off the beaten path. So, with all these options, the possibilities for getting around Japan are vast.  Also remember to keep your eyes out for random deals that pop up from time to time - as every little cost saved is more time you can spend exploring Japan!

It's getting late, and I am feeling sleepy.  I continue this post  in Part II: tips on everything food related.  So stay tuned! And as always, follow my journey across Japan on Instagram: @roamingspacecat