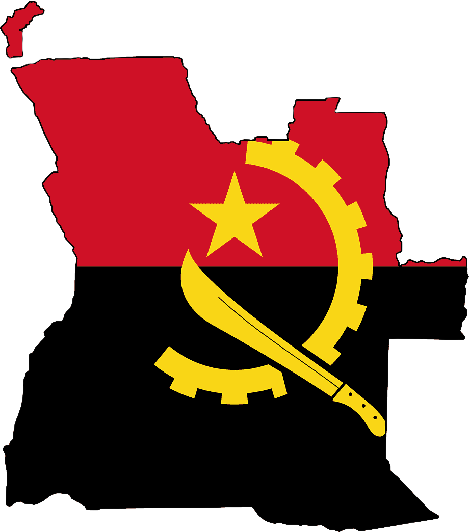 Angola is a beautiful country. The natural spectacles and the cultural heritage the country has to serve are beyond mesmerising. The landscapes, sea beaches, sand-hills, green tropics, and many more natural wonders are something that will not let you leave the country without causing a great impression on you. One thing that could be said for sure is that the country should be on your bucket list if at all you are a nature and culture enthusiast. Now to get there, the very first thing you need is a plane ticket and a Angola visa. Plane tickets have become a piece of cake nowadays and now anyone could easily book tickets to anywhere they wish to visit.

However, what comes with nuanced details and the requirement of proper understanding is the steps to attain a visa for the country of Angola. Although getting the visa is again not a very tricky job either, it needs a proper understanding to be clear and tension-free while on your trip to Angola. So here is all you need to know about the Angola e-visa.

HOW DO I GET AN E-VISA FOR ANGOLA?

For obtaining the visa for Angola online, you need to fill in the application form duly. After you are done filling out the form, your application would be reviewed by the officials. Once all your documents and information are found in the right place, you will receive a confirmation via email. In the email, along with your confirmation, you would also find a pre-visa approval. That is an important document that you need to carry with you to Angola.

After you arrive in the country, you will need to look for the designated ports of entry that will provide you with the final approval. After which you will finally be granted a visa on arrival for Angola. Unless you are from one of the visa-exempt countries, you need to enter the country with an online pre-visa. The visa could be used as a tourist visa, business visa, or visiting visa.

Angola electronic visa application charges are different according to your nationality, and Angola visa type needed. In addition to this, the traveller is charged some service fee to get their online e-Visa application processed. This service charge is subject to the nationality including other factors of the traveller.

After you have applied for the Angola e-Visa and received your approval via mail, you must use that approval within 60 days from the date it was issued. The visa that you will receive post your arrival in Angola can be valid for a total of 120 days for multiple entries. The original validity of the visa is only 30 days. While you stay in Angola, if you decide that you need to spend some more time in the country, you can get it extended for the same time twice. Also, for the same, you must have a passport that is valid for at least 6 months and it must also have at least 2 blank pages.

Following is a list of documents that are required for you to apply for the Angola e-Visa:

A passport that is valid for at least 6 months and has at least 2 blank pages.
A return ticket from Angola.
Proof of Accommodation - You must have a reservation in a hotel or an invitation letter in case you are visiting your friends or family there.
International Yellow Fever Certificate.
Proof of your living hoods and earnings.
A photo with your front face is very clear.
CONCLUSION

You must again know and understand that entering a country without a Angola visa is not allowed and is a serious criminal offence. In case you are unable to fulfil the immigration requirements, or in case there is a circumstance where a person’s presence does not align with the national interest of Angola, the immigration officers might refuse your entry.

Add angolaevisa75 to your subscriptions feed