5 Things you have to do in Cape Town

5 Things you have to do in Cape Town 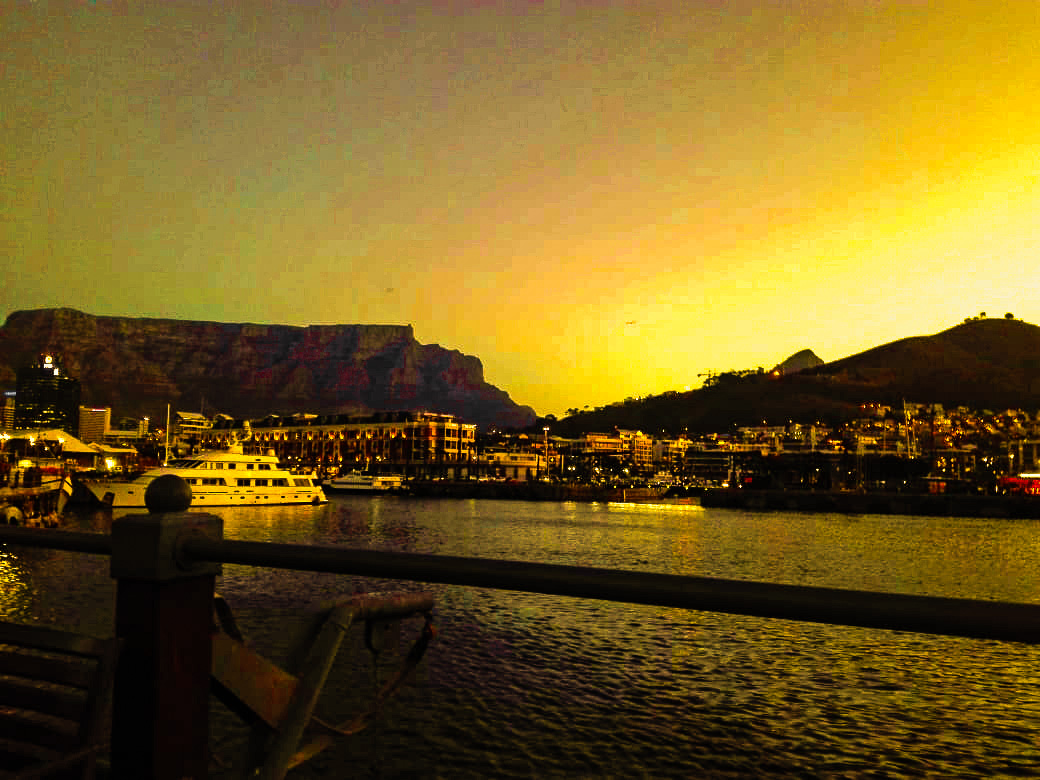 Anybody who says South Africa immidiatly has 3 things on their mind: Kruger National Park, Nelson Mandela and off course: Cape Town! Also known to locals as the mothercity, it is an incredibly diverse city where you can have a leisurly stroll, experience stunning hikes and eat yourself into a food coma every meal of every day!

While we were in Cape Town we didn't have the opportunity to do a lot due to time restrictions but we still got to explore a few things that we didn't expect to turn out as good as they did. So here you have it: our top 5 things to see around the waterfront area.

Now we know what you guys are thinking: Aquarium? Really? we can see that in every town in the world. And off course we know the controversy that many aquariums are facing today. However this aquarium is really making a difference and this is why:

The aquarium is very interactive. while you wander through all the different fishes and sea creatures you can choose to go see one of the "show and tell" expositions. This are little stations where the employees of the aquarium explain how certain aspects of the ocean work. Best thing of it all is that there is no abuse of animals at all. They actually speak about the material the bottom of the ocean is made out of and how seaweed feels, so if you are anti-interaction like us you won't have to worry about dolphins doing tricks for entertainment.

They have some huge tanks of about 2 stories high where you can see some sharks and even walk in between them in a tunnel. There sharks are usually donated to the Aquarium and when reaching a certain age they will be released back into the ocean where they belong. If you have the patience to stick around you can also see them be fed once a day.

And now the best part of the aquarium: They also care what happens outside of the aquarium! So we already knew the aquarium releases sharks, they also release turtles, do patrols to rescue tangled seabirds and rehabilitate any animal that needs their help. The best example of this is located just behind their restaurant on the quay. There they have made a special platform for the seals that wander into the waterfront. And the seals know about it! When we where there we saw 3 of them chilling into the sun. The great thing about this platform is that you have great views of the seals without disturbing them.

So give the aquarium a visit. We promise you won't regret it!

This is something that made our night one to remember! Kaapse Stories is a dinner-theatre show about District 6 in Cape town. From an opera-singing security guard to an African princess singing traditional songs, this show has it all! The most important thing is to make a reservation in advance and even while making the reservation we were blown away already! They ask your dietry requirements, what type of visit you are having and even ask you if you are celebrating something special that evening.

This is a great experience for anybody that wants to learn a bit more about the history and culture of the rainbow nation in a fun and relaxing way and off course while being fed! The show takes you on a journey of the Kleintjies Family in a whirlwind tempo and a truely engaging experience. Just one word of warning before booking: don't expect a nice quiet dinner while you are there. The show goes on during the whole meal but if you want to be charmed by your host, cracking up over the goofy car guard or cheering on the serious girl power that's happening here than give them a ring!

Unfortunately we don't have any pictures of that night since we feel a picture wouldn't have done them any justice. We do however have a few short clips from the show in our instagram stories.

There are so many hidden crooks and corners at the waterfront you sometimes don't know where to start. Luckily we have done all the lost wandering for you and listed our favorites.

This is an absoulte must-see even if your suitcase is already jam-packed with souvenirs you can't skip this shop. It has three stories packed to the roof with almost every possible souvenir you can think of, from keychains to a 3 meter tall Nelson Mandela statue made entirely our of beads. It feels more like walking around in a museum rahter than a shop. Unfortunatly we weren't allowed to take pictures so you will have to go see it for yourself.

Located next to the Cape town food market this square gives you a quick lesson into some of the most have-to-know South Africans in History. All four of these important men have won the Nobel peace prize.

Albert Luthuli. A Truely remarkable man who believed that everybody should have equal education no matter their background, race or country.

Desmond Tutu. An Archbishop who became known for fis firm beliefs about equality, justice and racial reconciliation for all the people of South Africa.

F.W. de Klerk. The state president who played a key role in liberating Nelson Mandela and abolishing Apartheid, making him very unpopular at the time but so very important and loved in history.

Nelson Mandela. The man who needs no introduction but get's one none the less. The first black president of South Africa and also known as Tata Madiba. Tata is the Xhosa word for father, Madiba is the name of the clan he was born in but the whole title usually refers to him being the "Father of the Nation"

Watching the sunset from "Den Anker"

Oke fair enough this isn't a typical African restaurant, even more it's Belgian! But then again since we are a couple made out of one Belgian and one South African it is one of our favorites. It aslo gives you a great and undisturbed view of table mountain. One of our personal favorites is a beer called "Kwak" it comes in a glass you have probably never seen before but a word of warning comes with it. This glass is quite expensive and crafted beautifully, therefor the glasses get stolen quite often. So when you order this beer you will have to give up your left shoe. But don't worry you'll get it back the moment you give the glass back :).

Off course all of the roaming around you do can make you a bit peckish. With so many good things that South Africa has to offer you would want to try them all. In the Cape Town food market you can do exactly that.It is located right next to Nobel Square and had many little food stalls that range from pastries to sushi and traditional South African food. Wander between the different stalls and enjoy some of the free tasters the merchants are offering. There is also a stand where you can buy different local and foreign alcoholic drinks. Our favorite so far is the Six Dogs blue gin, crafted in De Wet in South Africa . As the name would suspect this gin is a deep blue colour. But that is not the best part. the coolest thing about this gin is that when you add the tonic water to it, it turns light pink! How is that for a party trick!

That's right, Rhino's! Don't worry you won't get trampeled by a her of real rhino's while you are admiring table mountain. These rhino's are completely safe to approach and even touch :). This herd of over 100 rhino's can be found on the most prominent places in Cape town. Each rhino statue had been painted by an local and upcoming artist. The statues are scattered around the city to raise awareness to the increasing rhino poaching that is happening every day. This great initiative is one of many by great people that refuse to just stand by and do nothing as this animal is racing towards extinction. You can even do your share and "adopt" one of these rhino's on the website below.

So there you have it. Our favorite things to do and see in the mothercity. If you have any questions or would like some more tips don't hesitate to comment below.

Add couplereviews to your subscriptions feed

It is just near Nobel Square and has several small food vendors selling anything from croissants to sushi and traditional South African cuisine. Wander amongst the many stalls and Paper Minecraft and sample some of the complimentary samples provided by the vendors.

Okay, so this isn't your normal African eatery; in fact, it's Belgian! However, as a pair comprised of one Belgian and one South African, it is one of our favorites.