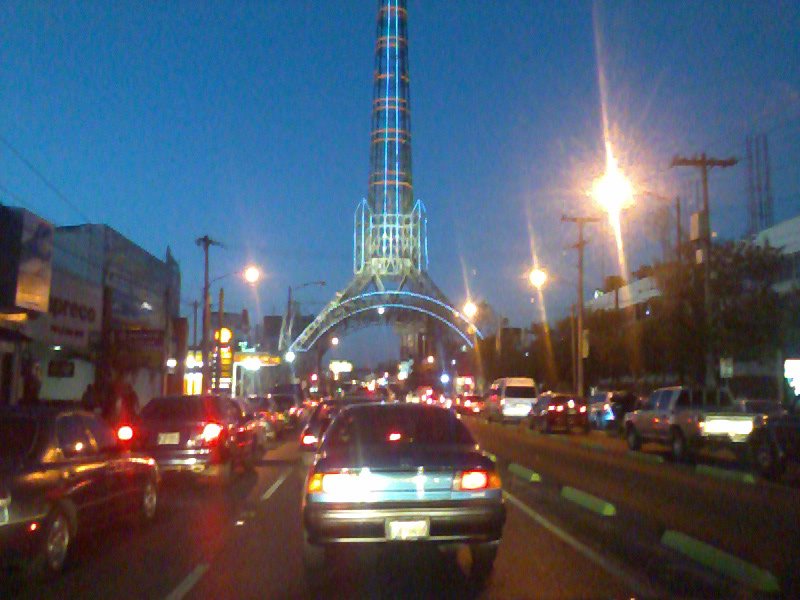 Located in the middle of the country Guatemala, we find Guatemala city, known like the 4th capital city of Guatemala, from it foundation in 1524, the first capitals was, Ixhimché, Ciudad Vieja and Antigua Guatemala, located in the Valley of Our Lady of Asumption, we have Guatemala City, Guatemala comes from the mayan lenguague Coactemalán, that means place full of trees, but when the conquers come to Guatemala, them can´t pronounce Coactemalán and Guatemala remain.

We begin mention Reforma Avenue, that is the finantial district of Guatemala city, here you can find banks, hotels, and embassies, is a avenue full of trees, the streets on Guatemala City has no names go by avenues and streets, and zones, from one side of Avenida Reforma is zone number 9 and the other one zone number 10 at the end of Reforma Avenue direction south we have the obelisk, on the Obelisk, begins Avenue of Americas, from one side of the street is zone 13 and the other side is zone 14, is known like Avenue of Americas because almost all countries of latinamerica has a monument on this Avenue, Colombia, Venezuela, Perú, the first monument was put in 1961 was Argentina, on the end of this avenue, we find the monument of John Paul the II by the Guatemalan artist Galeotti Torres made in 1997 in occasion of his 3th visit to Guatemala.The germans want to put his monument too but is at the end of the avenue, in a place known like Berlin´s Square, on this place you will find 3 real pices of the Berlin Wall, and you will have a amazing view to the Pacaya Volcano, the germans put his monument there because before the world war II, was many germans in north part of Guatemala, place known like Cobán, to harvest coffee, but for the second world war the government of Jorge Ubico send them back to Germany and only remain a few families there.

We go back over Avenida de las Americas and Reforma Avenue North and we find the Botanic Garden of Guatemala, with 256 different kind of trees and flowers that are part of the flora of Guatemala, we stop in the Chapel of Our lady of all sorrows, a gothic church that has a history of Yurrita family here you can take pictures and take a view of the Church, on the top has a cross moved to the right side, in 1976 feb 4th Guatemala had a big earthquake, and move the cross, and the owners of the church for reamember that day left the cross moved to the right side.

We keep going in our tour and we can see, places such as Industrial Bank, and the monument to the mayan ball game, also the CHN and their walls representing a pre classic mayan time, the main Bank of Guatemala, City Hall, that from one side has representation of the mayan culture and the other side Spanish side. The downtown of Guatemala city, has houses of the 40 ‘s and 50 s if you want to do a modification inside or outside you have to ask permission to city hall. We see in 7th avenue zone 1 the Palace of the postoffice that has a big arch that divide the street with 5 arches upon the big one.

Now I am in the central park, looking the National Palace that has green color, builded between 1939 to 1943 the coast of the palace was of 2 million dollars, has 5 floors, 1537 doors, and 731 watches Ericsson, has all the architectonic styles inside, here you can find the kilometer 0 of the highways in Guatemala. Here and on the Post Office palace everything has to see with number 5, why? Because the president on that time, for some people a dictator for other people a hero, Jorge Ubico, was so egolatric his Name Jorge have 5 files and his lastname Ubico has 5 files. I move to the second oldest construction of Guatemala city the Cathedral in honor to Saint Joseph, I enter here and the floor seems to move because is not flat floor, was made with church in the year 1781 all is original, this church has a organ inside, during the second world war, was a Austrian company owned by jewish people that make church organs, the factory made 30 organs but Adolf Hitler send to burn the factory and them only can sale 2 organs one is on the cathedral of Neuremberg Germany and the other one is on the Cathedral of Guatemala City.

At few steps of the Cathedral is the portal the first mall in Guatemala City, here inside is el portalito, is a bar and restaurant serving people since 1927, on this place you can drink the famous chibola, that is a mix between black beer and blond beer, and eat snacks of the place, on this place use to got drunk Fidel Castro and Che Guevara reamember that Che Guevara lives on Guatemala City from 1952 to 1954.

I took my snack time and I go to the hill of Carmel, this is the first construction in Guatemala city is a Church upon a small hill, John Cors by request of Saint Therese of Avila brings to Guatemala Our Lady of Carmel, a small one, in 1665 and build a church made with a material known like straw, and the church was burned, but the Image of Our Lady of Carmel was safe, after that them build a regular church like we know today, you have a amazing from this place, of all Guatemala city, the street for reach this place is made of cobblestone, and has a big cross such as 25 meters, about 65 feet of tall where you can see also  almost the whole Guatemala City.

I drove to Simeón Cañas avenue, a wide avenue with big sidewalks, and I reach the Relief Map, a Map that has all Guatemala settled on the ground, made with 3,500 bricks, took 11 years for make this construction, in 1885 Justo Rufino Barrios former president of Guatemala, sent two guys to walk the whole country for see how Guatemala was, this took 5 years them make the draws and the measures of the country, them invent the theodolite, is a instrument for take a measures of distances, and August 31th of 1905 was open to the people. In 1999 the Nasa came over to see the average of the map was 99.9.This map has volcanos, and mountains, and two oceans. Price of the ticket 4 us dollars per foreigner visitor.

I drive over El Periferico and take a look of the beer factory by outside, them give tours for groups only Thursdays groups of 25 persons, and I see at the other side of the main entrance the Church of Santa Delfina the Signe, owned by the owners of the beer factory.

This private catholic church is one of the most beautiful churches in Guatemala city and I recommend visit by outside, is not permited take pictures, if you want to visit inside mass time is Sundays at 8 o clock am and 11.30 for public.

I arrive to the downtown of Guatemala city and I stop to lunch at El Adobo Restaurant, Guatemalan Cusine, I really recommend this place to eat a real Guatemalan food, I order a soup known like pepian, is a soup made with Guatemalan spices such sweet chillies, and other Guatemalan spices with white rice, and tortillas, for drink I order a Horchata known like rice water, because this beverage is made with the water of the rice, vanilla and also some milk, the Mexicans do the same rice water but them add to the Horchata toasted peanuts. I finish my lunch and I drive to the south of the city to the national museum of antropology and history if you are foreigner you must pay a ticket of 7 dollars, and I see the mayan stellas of all periods, also rings of the ball games found in mayan places in Guatemala, a grave of a mayan emperator in Blue River Guatemala, you will find here also different mayan costumes, is 250 different in whole country, also some recreations of Tikal and other mayan cities. I finish here the visit to museum and I go to the only mayan place in Guatemala City known like Kaminal Juyu or the Death Hill on English language, here use to be a mayan transit place, not ceremonial, was found some mayan supplies here and also some ceramic here, if you are lucky like me you can see a mayan ceremony inside of the park, known like syncretism, that is the mixture among catholic believes and mayan traditions, the mayans always set a circule on the sand, of sugar or salt, petal of roses, water of roses, and candles of different colors depends of the intention that you want to ask to the earth wind and fire, for example.

YELLOW CANDLE HEALTH FOR THE CHILDREN

WHITE CANDLE HEALTH FOR YOURSELF

PURPULE CANDLE, FOR A RELATIVE OF YOU STOP TO GET DRUNK.

This is part of syncretism that you will find in this place!

We finish the tour in the west side of Guatemala City in a big mall not regular mall called Paseo Cayala, is a Mall a Condo of houses too, all this at Spanish stile, has even a catholic church inside the mall. Is many restaurants around if you like Italian food we recommend Tre Fratelli, if you like Mexican food La Cantina, if you like hamburgers, there is many restaurants of many kind of foods also you can bring your childs to enjoy on this place.

If you are coffee lover we recommend in the downtown Café León, is a coffee shop at old downtown stile where you can enjoy many kind of coffees, with a very good taste, we recommend the coffee two milks, is one of the best on the town.

Add Elcadejo to your subscriptions feed