Sony Gets Touchy With Its New Family of eReaders

Sony Gets Touchy With Its New Family of eReaders 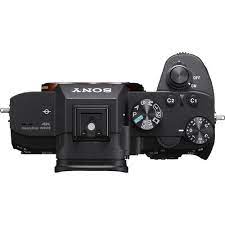 Sony, not wanting to be left behind in the eReader race, has revamped its range of eReaders to compete against the popular Kindle and Nook. While the updated Sony family doesn't compete head to head on price with its sub-$150 competitors, it does have some interesting functionality which may make you take a close look. Sony a7iii price in pakistan

The new Sony eReader family consists of the Sony Pocket Reader (PRS-350), the Sony Touch (PRS-650) and the Sony Daily (PRS-950). The most interesting enhancement to this family of readers is that the Pocket Reader and the Daily Reader have joined the Sony Touch with a touch sensitive display. These touch sensitive screens are improvements over Sony's previous attempts to add touch sensitivity to their displays. Not only does the screen have the latest Pearl eInk displays with 16 levels of contrast, but the new touch layer does not dull the contrast, as was the case with previous versions of the Sony Touch. With the touch display functionality, this changes the way that the reader interacts with the device. Instead of pushing a next page button you can stroke the screen to turn a page. This brings it closer to the typically way that someone would use a paper book. Interacting with the Sony eReaders can either be done with a finger or a built-in stylus. When interacting with the eReader you can use single and double tapping actions to lookup words, bookmark pages, and search through your eBooks. There is also a handy slider at the bottom of the display that you can move to change the page. With the stylus pen, you can write notes or draw images on the page that can be saved and transferred to your PC.

Another strong point with the Sony eReaders is that they support a multitude of formats. They can read ePub eBooks which is a non-propriety file format. This means that you won't be locked into a eReader supplier if you decide that you want to change the type of eReader at a later date. The Sony eReaders also supports pdf, txt, rtf, and graphics formats, jpeg, bmp, png, and gif. The pdf format is particularly well, displayed with the eReaders zooming capacity.

Sony hasn't neglected its content either. It has made several improvements to the Sony Reader Store which offers over 1.2 million titles. It is also expanding its titles to include local content from Italy, China, Spain, Australia, and Japan

So let's take a closer look at the each of the Sony eReaders.

The new Sony Pocket Reader (PRS-350) is the most compact of the Sony range. Sony's new PRS-350 measures 5.7 x 4.1 and weighs under half a pound. It comes with a price tag of $179.99, has a display size of 5", and holds up to 1200 eBooks. On the downside, the PRS-350 price tag of $179.99 is at least $30 more than its competitors with equivalent functionality. It also is missing wireless connectivity, requiring that you connect your eReader to your computer via a USB connection. While this may not be a show stopper, some people prefer the convenience of not fussing with cables and connections. On the upside, Sony offers a state of the art display with touch sensitivity not found elsewhere on the market. If you are a tactile person, this could be the eReader for you. Another advantage is that, unlike the Kindle, Sony uses the ePub eBook format. This allows you to change easily change your reading device and keep you eBooks (unless you are changing to a Kindle). Finally, the Sony Touch with its 5' display is smaller than the Nook and Kindle's display size of 6', however the device itself is noticeable more compact than its competitors with the keyboard being integrated into the touch display screen.

The Sony Touch Reader (PRS-650) is the middle sibling in the Sony family. It carries a price tag of $229.99 and like the Sony Touch can hold up to 1200 eBooks. Its display size at 6" is the same as the Kindle and the Nook, but slightly larger than the PRS-350. Other than the larger display size, the Sony Touch Reader is very similar the Sony Pocket Reader. It comes with a touch sensitive Pearl eInk display, a keyboard integrated into the display and open source eBook compatibility. Also, when compared to the industry standards (Nook & Kindle) the absence of wireless connectivity and it's somewhat uncompetitive higher price of $229.99 may be significant drawbacks for some consumers.

The Sony Daily Reader (PRS-950) is the only member of the eReader family with wireless capabilities. It offers built-in wi-fi and free 3g wireless access to the Sony Reader Store. The new eReader will not be available until November, and will cost $299. The Daily Reader offers a display size 7" which may be a good compromise for people who find the Kindle & Nook's 6" display too small, and the Kindle DX 9.7" display too large. With the larger display size, this will no doubt attract people who require larger format reading, such as textbooks, newspapers, etc.

Is the Sony eReader right for you? It's clear that it won't be the first choice for price-sensitive consumers, and there is a glaring absence of wireless connectivity with the Pocket Reader and the Touch Reader. Nevertheless, Sony's eReaders do differentiate themselves from the rest of the field, with their touch screen capability, the way that people can interact with the device, its ePub file compatibility, and maybe the fact that some people want an eReader that is a just a little bit different